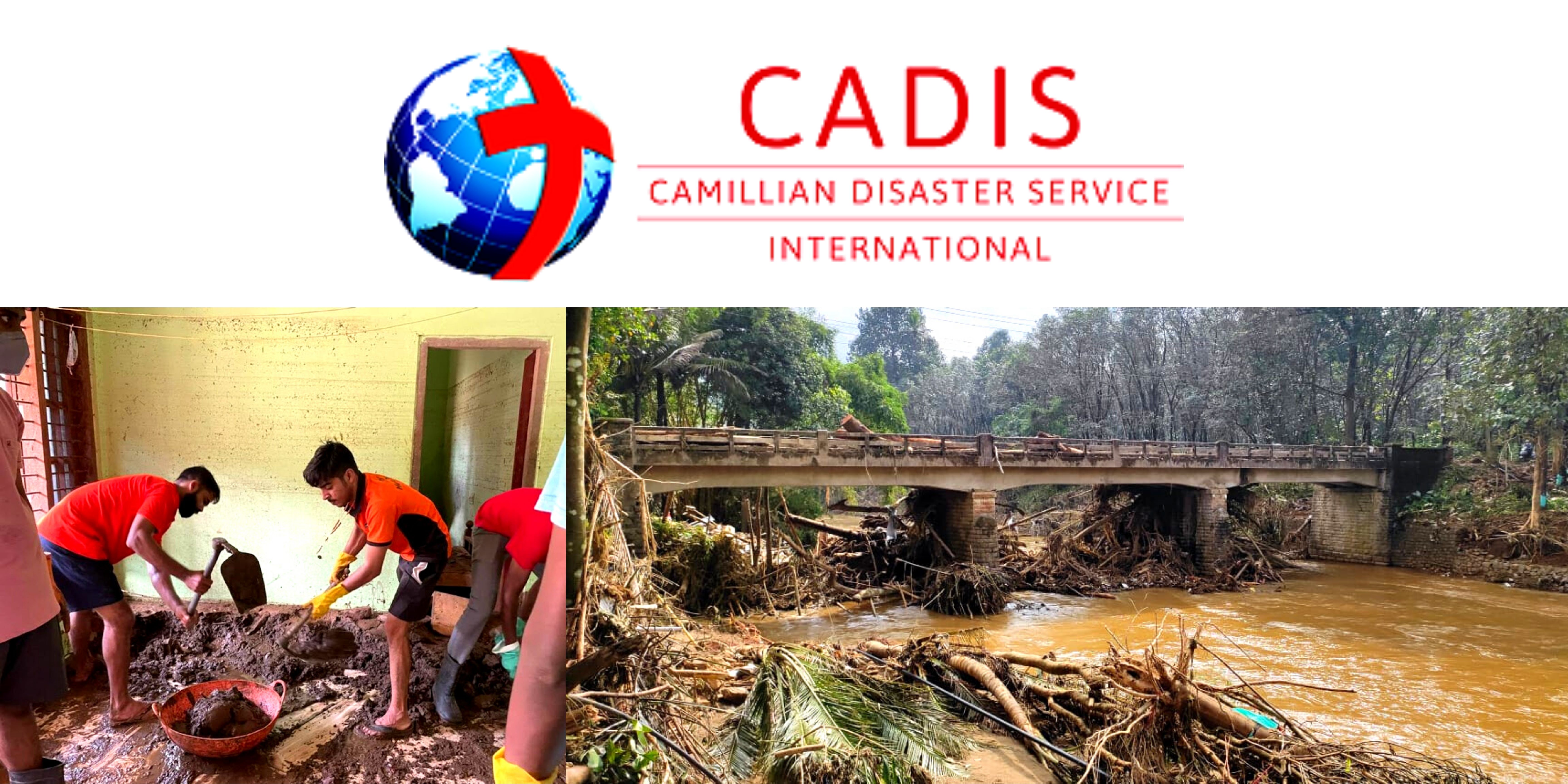 Updates from Kerala, India: the emergency is still going on
Nov 3rd, 2021

For nearly two weeks, CTF India and lay volunteers have been working in Kerala to address the flood emergency. Relief efforts in the communities are helping people clean up mud in damaged homes, recover belongings, and provide assistance and support for those in relief camps waiting to return to their homes.

Although the process is still long, due to the severe damage to homes, infrastructure, and landscape devastated by landslides, the CTF team was able to reach different site visits to help with cleanings.

October 21, 2021
Kokkayar, hit by the largest landslide in Kerala, is a village in the valley of Poovangimala that lies on the eastern side of Kottayam district. Seven houses were completely destroyed, causing the death of 12 people, including 4 children. The survivors have been hosted in the relief camps.

After the assessment in Kokkayar, the team cleaned two houses, bringing moral and spiritual support for people, each one with a personal story about the disaster.
A block under the nearby bridge created the flooding due to the trees uprooted by the landslide and waste material. In order to remove the blockage, CTF has appealed to the higher authorities and the parish priest, who responded positively to the request.

October 22, 2021
Elankkadu is a village located on a riverbank on the border between Kottayam and Idukki districts. This place sits atop the western ghats, severely affected by landslide and flooding. On the way to Elankkadu, the team realized the severity of what happened. Due to the multiple landslides, the road was partially destroyed, which caused many volunteers to abandon their plans to visit the place. Despite the difficulties on the road, the team and volunteers reached the site and, with the help of the Parish priest, a partially destroyed house full of mud was identified. It took all day to remove the mud and bring it back to normal condition.

The situation of the people in the area is dramatic. Most of the houses in the area were destroyed and the river swallowed the properties. One of the locals owned 12 acres of land, now entirely underwater. Most of the people in the area have been taken into relief camps and during the day they are accessing homes to retrieve as many possessions as possible, most of the time finding nothing.
25 homes per neighborhood have been affected. Koottikkal and Kokkayar Panchayats are the most affected areas; in both panchayats there are 27 wards, so approximately 675 houses are partially or destroyed. About 2500 people are staying in the relief camps.

The people who have been affected by this disaster are poor farmers depending on rubber plantations for their livelihood. The landslide and flood took away everything they owned.

October 23, 2021
Cleaning works were done in Koottikkal panchayat ward no.12, a colony where poor people live nearby. The place, called Lakshamveedu Colony, is located on the riverbank where almost all the houses were affected by the flood. The most considerable destruction happened in five houses placed within 100 meters of the river.

The people in the colony are all day laborers involved in thrashing, construction work, etc., and most of the houses were built according to government schemes as all the families belong to Schedule Caste. Now they have lost their homes and the little land they owned.

The Camillian Task Force has been actively working to finish cleaning the affected houses, which were full of mud and river waste. Although cleaned, they are not in good condition to live in.
People are safe in the relief camps with food and all facilities, but once the news of this topic leaves our minds, who will help them will remain an uncertain question.

Spontaneous help and voluntary contributions are essential to carry out the emergency intervention and help the local population. CTF India, Camillians and all the volunteers committed in the operations are willing to bring help and support to those in need so that no one is left alone.

How you can contribute: