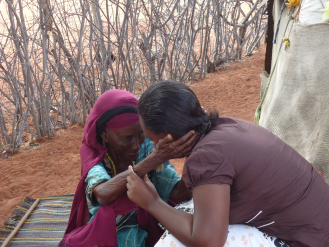 FROM CTF TO CADIS: A New Evolution of the Camillian Disaster Ministry
Sep 30th, 2017

Rendering service to the victims of natural and man-made disasters and emergencies such as wars, epidemics, natural disasters, etc. has been at the heart of the Camillian ministry and witnessing. Since 1589 beginning with the epidemics in Rome up to the present, the Camillians have remained faithful to their fourth vow of serving the suffering humanity even at the risk of their own lives. In fact, during the 24-year Generalate of St. Camillus scores of religious died as martyrs in places marred by epidemics and pestilences in Italy. In 1994, the Order instituted May 25 as the Feast of the Martyrs of Charity in honor of the 300 Camillian martyrs of charity who died witnessing the 4th vow, i.e., service to the sick even in danger to their own life.


In 1995, a fresh beginning was called anew by the 54th General Chapter held in Bucchianico, to establish a task force that would respond to the socio-health emergencies of the time. In 2000, a central commission was organized by the General Council to study and organize a special team of lay and religious ready to intervene in any event of disasters which later became known as the Camillian Task Force (CTF). Since CTF was not yet a duly constituted legal, humanitarian organization, it has been placed under the jurisdiction of the Curia Generalizia of the Camillians and became its humanitarian office under the supervision of the Secretariat for Mission. CTF has responded to more than 20 disasters in 11 countries highly prone to natural and man-made disasters. It has served more than 30.000 vulnerable families living in the geographically isolated and displaced areas (GIDA) delivering relief and rehabilitation services. It was able to mobilize over 1.500 volunteers including the Camillian religious, particularly in the last five years.

From its simple beginnings, the Camillian Task Force has an audacious intent to institutionalize its presence in the field of disaster intervention. The frequency and growing magnitude of natural hazards call for a creative engagement of the CTF with the vulnerable communities it serves with passion and focused commitment, rooted as it were in the prophetic spirit of St. Camillus de Lellis. In September 2014, CTF drew out its six-year strategic plan during the leaders’ conference held in Bangkok. In May 2015, the CTF strategic plan was presented to the assembly of the provincial and delegate superiors in Warsaw with a specific goal of soliciting their support towards the institutionalization of the said organization. In the same year, the Consulta has approved the motion to establish a Foundation that will hold responsible and promote initiatives related to the post-disaster response which is now known as the Camillian Disaster Service International (CADIS). Its Statutes and Articles of Association is currently filed before the Interior Ministry waiting for its final registration.

The Camillian Disaster Service International (CADIS) is established by the Casa Generalizia of the Order of the Ministers of the Infirm (Camillians). It is a shared expression of the Order’s commitment to humanitarian interventions such as emergency, rehabilitation and development initiatives aiming to promote resilience to the most vulnerable populace and communities. Guided by the Catholic social principles and the Camillian core values, CADIS envisions “fullness of life in a resilient community.” It promotes and inspires the development of a community-based integral health programs for the well-being of disaster-stricken communities through compassionate, competent and coordinated interventions.

CADIS will also be a learning organization, constantly nourishing the heart for affective compassion, continuously equipping the head with the know-how for intelligent, effective caring and ceaselessly retooling the hands for skilled service giving. It is an organization that provides an enabling environment for the religious and lay Camillian to witness to suffering connecting peoples to hope, with the moral courage and heart of a missionary, the head of an expert and the hands of a skilled field worker in the frontier of disaster intervention. Thus, it will become a catalyst for transformation embracing creativity and change while maintaining fidelity to the transformative spirit of St. Camillus de Lellis.