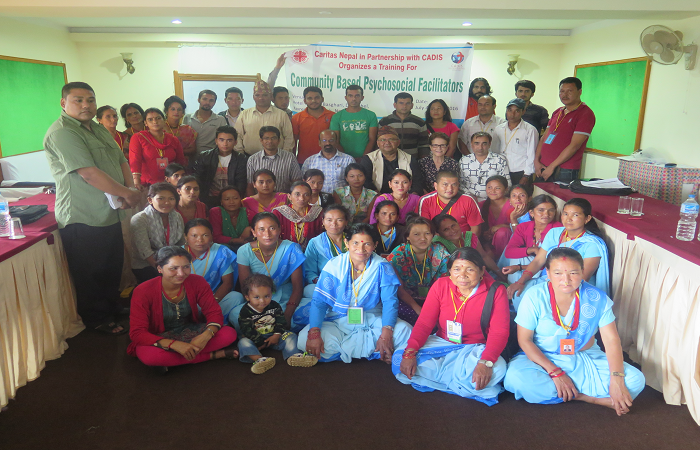 KATHMANDU: April 25, 2015 is a day that left deep scars into the lives of the Nepalese. Two successive powerful earthquakes (Apr. 25 & May 15) that left more than 8.000 deaths and millions of dollars damages to houses, hospitals, schools and temples. It was indeed catastrophic since Nepal prior to the earthquake ranked no. 5 among the top ten Asian countries with low human development index (UNDP 2015) behind Cambodia. The earthquake had impacted in almost all districts of Nepal but at the same time demonstrated an immense show of global solidarity.

In 48 hours, CADIS India has dispatched a medical team composed of religious and lay healthcare professionals bringing relief to their medical needs and accompanying survivors amidst their confusion and distress. They divided themselves into two sub-teams reaching out to the most vulnerable communities located up in the mountains where the only access is by foot.

The impact of the earthquake was made severe because of the on-going political crisis. Nepal was in the midst of its transition to a new form of government. This caused serious delays to the implementation of the rehabilitation programs. Only by July 2016, that CADIS begun a full blown implementation of its project in straight collaboration with the international network of Caritas. It began training community-based psychosocial support facilitators (CBPSF) coming from the districts of Kavre, Chandenimandan and  Dolakha. The CBPSFs are among the main protagonists of the reconstruction process in this country. Te training is organized into two modules with an intense supervision and monitoring by the CADIS field coordinators team, a program which is at the core of the Caritas International intervention.

The social situation contributes a lot to the vulnerability of the Nepalese. Women (an mothers) are often left alone tending their large families, and their fields while their husbands are trying to find their luck abroad. Rebuilding shelter, healthcare facilities, roads and water and irrigation facilities are part of the commitment of  the entire Caritas network where CADIS is a member but its priority is more on rebuilding their lives by accompanying the most vulnerable in their personal struggles and suffering, actively listening, and giving support even economically. The great challenge is helping them to understand their suffering and find light and hope to move on. Helping them to overcome their fears is the key to rebuild, develop and consolidate themselves after a long history of traumatic events in their lives.