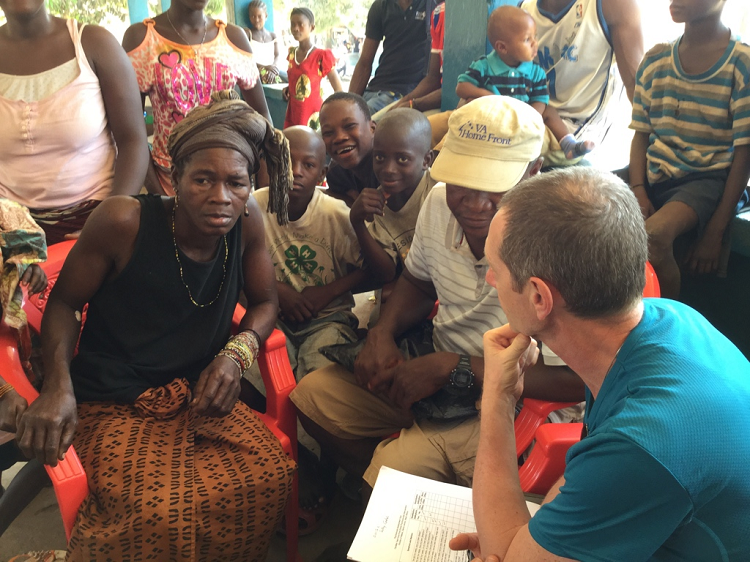 EBOLA VIRUS DEFEATED BY THE LOCAL FORCE OF THE COMMUNITY
Apr 26th, 2016

BOMBALI: In May 2014, Sierra Leone was hit by an Ebola epidemic outbreak. It was difficult to determine the precise number of cases due to confusing official data. People were overwhelmed by their fears to an endless contagion. In October 2014, it recorded 121 casualties in a single day. Cases went to an exponential growth due to an inadequate management strategy of the WHO and the national government of Sierra Leone whose capacity to handle the outbreak was overwhelmed by the tremendous upsurge of cases.

Sierra Leone, a country recovering from a decade of civil war, had experienced months of panic and pain again. Since September 2014, CADIS volunteer missionaries were on the ground to conduct research and assessment of needs. By January 2015, an international team was sent to the Diocese of Makeni to begin implementing the programs which were then concluded in December 2015. In collaboration with Caritas Italiana and the Diocese of Makeni, after a careful and tedious study of listening to the needs of the affectees, two major programs were developed and implemented.

The initial intervention was supporting and strengthening the capacity of the Holy Spirit Hospital of the said diocese who was then the only hospital remained open (its outpatient services) during the height of the outbreak in the city. The primary objective was to re-open the in-patient services and augment the capacity of the laboratory to screen Ebola suspected cases. Training of local laboratory technicians and management of the bio-safe laboratory was organized by the team of Eurobiopark (University of  Tor Vergata).

The second phase of the CADIS intervention program was focused on ensuring the future of the 400 most vulnerable Ebola family survivors living in 20 communities spread out in the two major worst-hit districts of Sierra Leone. The stigma borne by the survivors was severed by the unwelcoming attitude of the uninfected members of the community who were frightened by the spiraling deaths and boundless contagion. Training for community-based psychosocial facilitators (CBPSF) was given to 25 volunteers coming from the respective localities where the 20 targeted villages for the project were located. They were trained to take care of the 400 families affected and assisted them to live a better normal life. They received 160 hours of supervised training (theory and practice) in the field of psychology, counseling, social work, and pastoral ministry.

The Ebola virus has killed not only the lives of the 4,955 Sierra Leoneans but ruined also the peaceful living in the affected communities due to the infection and stigma of Ebola survivors. The CBPSFs have rewoven the broken relations in the communities and support the survivors' health and economic securities through the Conditional Cash Transfer (CCT) program. It was indeed through an intelligent endeavor of the community that helped them to recover from the pain and struggle from the outbreak that has sown death and insurmountable suffering.