Twenty-seven volunteers of the Camillian Task Force India traveled to Bihar, northeast of India, to provide the much needed medical assistance to the flood survivors in four districts of Bihar. Since the beginning of August, Bihar (northeast India) is submerged again with water. 514 died and 17.2 million people are impacted in 21 Districts. Most of them are the socially excluded and economically impoverished communities like the scheduled castes, Dalits and Muslims.

According to the UN Office for the Coordination of Humanitarian Assistance (OCHA), “since August severe monsoon rains have caused widespread flooding across South Asia, affecting 40 million people* in Bangladesh, India, Nepal and Pakistan. More than 1,200 people are known to have died. The floods have damaged and destroyed homes, schools, health facilities and many people are currently living in relief camps and temporary shelters. People are in urgent need of food, clean water and sanitation, and shelter. There is also an urgent need for health services to prevent the spread of waterborne diseases. The floods have destroyed crops, killed livestock and washed away people’s means of making an income. With monsoon rains predicted to continue across the region until October, there is the possibility that the situation will deteriorate further and humanitarian needs will continue to increase.” CTF India teams have been conducting medical camps in the districts of Bettiah and Purnea. 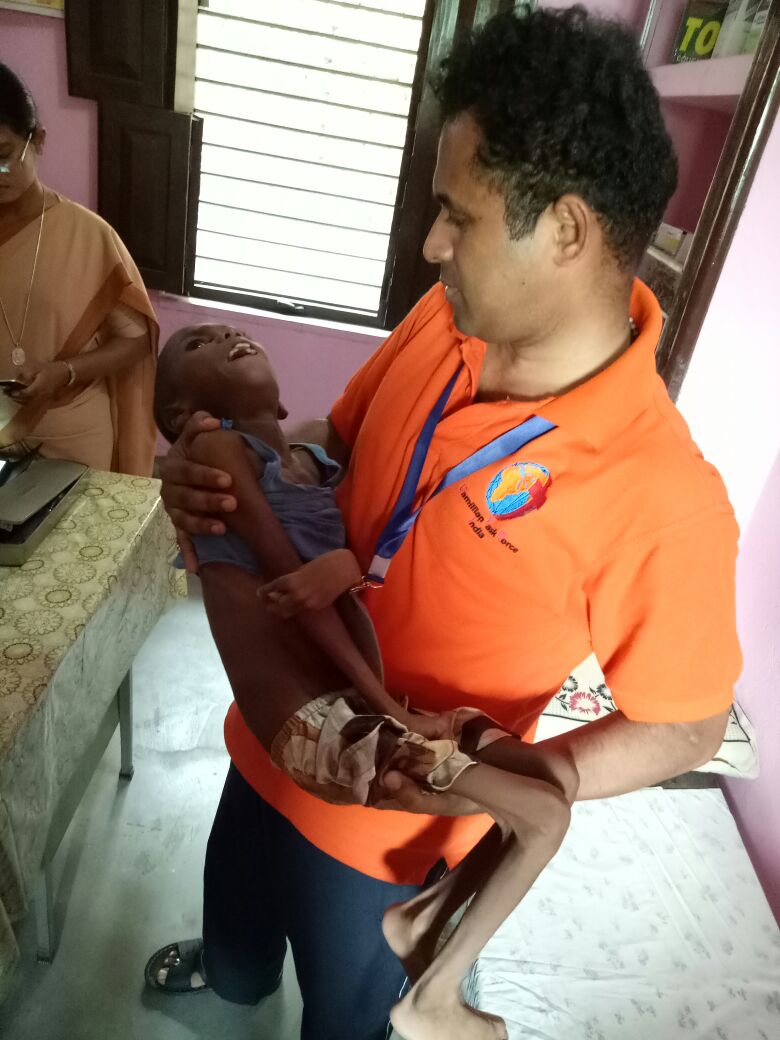 CTF India teams have been conducting medical camps in the districts of Bettiah and Purnea. In two days, they have check- up about 779 survivors in both districts. There are still about 4500 people in need of medical assistance in these districts.

The biggest challenge that they have is to reach some areas that are still underwater as of reporting. Roads are unpassable and several villages are isolated. They did relocate some of their medical camps in areas where the people can have easy access.

CTF India has been assisted and guided by the personnel of CARITAS India. It has been three years had passed since CTF India entered into an agreement with Caritas India to handle the delivery of emergency medical services. Through the social action office of the Diocese of Bettiah.

Flood in the State of Bihar is a common natural disaster that besets them every year. This is often provoked by the monsoon rains and the overflowing of the Ganges river. Bihar is located at the foot of Nepal. Little has been done to protect these people from this regular flood.