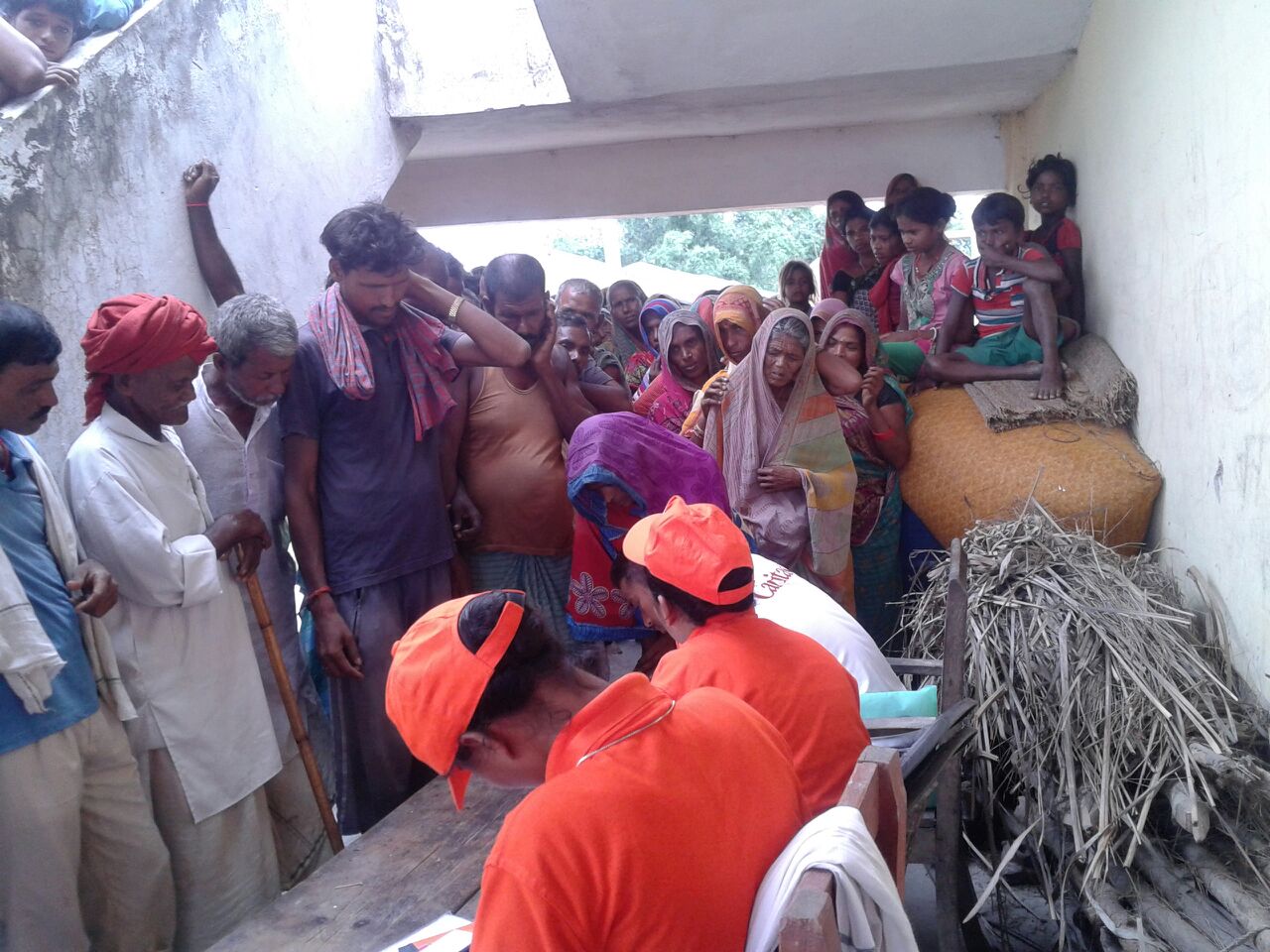 After 9 hours of travel by jeep, packed with medicines and other supplies, CADIS India medical team, a group of ten health professionals (religious and lay),commenced the medical mission in the village of Benga, one of the most affected villages in the State of Bihar. Despite heavy downpour, the team was able to visit and check the survivors of the flood. They are being assisted by the local staff of Caritas India, the parish priest and four nuns who are already stationed in the area. The team is led by Fr. Shiju Joseph, MI, and an Indian Camillian religious.

Fr. Joseph, the parish priest of Khoriari where the team is principally based, described with great emotions the immense “cry of Bihar”. Bihar is heavily affected by the flood which occurred last July 18, 2016. Major rivers in Bihar, especially the Kosi, Gandak, Bagmati and the Ganga, overflowed following heavy rains in their upstream areas in Nepal as reported by the Disaster Management Department.

The flood has claimed already over a hundred deaths and about 2.9 million people affected in the 12 districts of Bihar. Since May 2015, Bihar government has raised flood alert in the five districts after a massive landslide, triggered by recent earthquakes, blocked the Kali Gandaki river at Benibazar in Myagdi district of Nepal, leading to accumulation of a huge volume of water there.

According to reports of the International Water Management Institute (IWMI) in August 2015, Bihar is the most flood-prone state with 73 per cent of its 94,163-sq.km area getting flooded annually. A senior officer of IWMI claimed that 76 per cent people of North Bihar are at risk of getting caught in floods.

Bihar suffers annual huge losses of lives, property and livelihood due to flood. Despite all the scientific informations gathered that placed Bihar at high risk of flood, little has been done to protect the lives of the poverty-ridden populace. A news report described that survivors are already eating rats to survive since relief efforts did not reach yet in the area.

CADIS team plans to reach the interior and remote villages of Benga, Khisanpur and Baptiyahi. Their base camp is located in Khoriari in a parish which is about 170 kilometers away from Patna, the capital city of Bihar.

While it is still early to make conclusions to their assessment of the situation, one can already surmise its known causes which is climate change and the lack of massive and aggressive plan of the government to avert this imminent danger, and  its huge impact to the most deprived section of the population where there fundamental rights are denied.