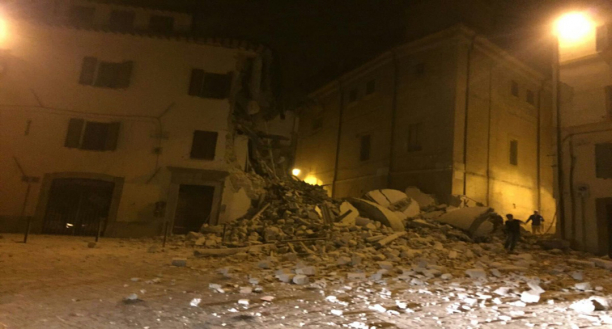 The earth return to shake, but prevention and resiliance paid off
A new earthquake scared Italy. After the one that struck in 24 August Amatrice and other towns in the central regions of Italy, in the 26 October there were several quakes: At 19:11 the first quake, with a magnitude of 5.4 on the Richter scale, 9 km deep, with its epicenter in the province of Macerata, including Castelsantangelo sul Nera, Visso, Ussita (where some houses have collapsed), and Preci. The earth shook for a long time in Rome, L'Aquila, Perugia and Terni. Moreover, it was felt in Friuli, Veneto and even in Austria. At 21:18, the second shock, even stronger, with a magnitude of 5.9. Then, again, to 23:42: this time the power was 4.6. Luckily, apart one injured in Visso, it seems that there are not causalities.
There are various reasons that there were no fatalities, but one that deserves the most focus is that the investment made in resilience and earthquake-resistant structures paid off. Yes, there were collapsed structures (especially were there were not investment in that sense) and people were evacuated, but this underlines that to invest in resilience is not wrong. CADIS support the philosophy that investment in resilience and prevention is fundamental and hopes that the success of this approach can encourage others to follow this path, not looking only to relief (even if always necessary), but even to “build better” for the future.